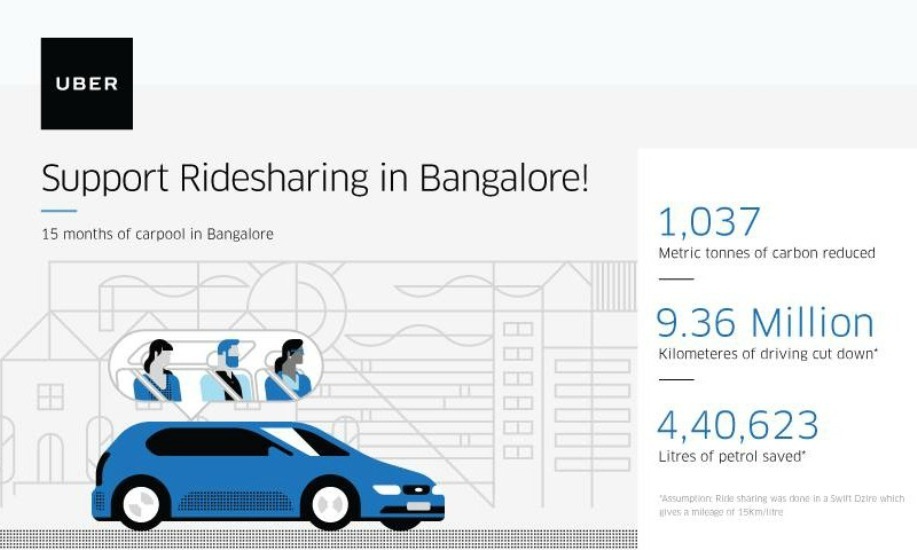 Just a few days after it was asked to stop carpool in Karnataka from today, online cabs aggregator Uber has defended the service, saying it is not illegal under the current regulatory framework.

The San Francisco-headquartered company has also launched an online petition asking the public to support the company and its ride-sharing service UberPool.

According to Techcircle, Uber is in talks with the Karnataka transport department to figure a way out of the issues. “We are very much of the opinion that we fall within the law and comply with it. We are in direct discussions with the transport department to figure out what are the remaining concerns and hopefully we will satisfy any remaining issue today itself,” Christian Freese, FM of Uber in Bangalore, told Techcircle.

Early this week, the Karnataka government had asked all online cab operators to stop carpool in the state as it was direct violation of India’s motor vehicle laws. The move came following strong protests by city’s public transport utility BMTC. In a letter to the transport department, BMTC managing director Ekroop Caur had said that carpool was affecting its revenues.

Pooling has been one of the major revenue sources for online cab operators in India. While ride-sharing helps the consumer to save money, it also helps reduce pollution to a certain extent. More over, in a city like Bangalore, notorious for traffic snarls, car-pooling is the best alternative.