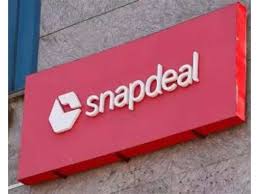 Snapdeal had last raised a large round of fresh capital in February 2016 from investors, including Ontario Teachers Pension Plan, which valued the company at about $6.5 billion.

Snapdeal is in talks to raise about $100 million from new and existing investors, including Japan’s SoftBank, in what will be its first major fresh capital-raise in over three years, said two sources briefed on the matter. The Delhi-based company, which went through a pivot to focus on smaller towns and unbranded goods after its failed acquisition by Flipkart in 2017, has told new potential investors that SoftBank is committing to half of the round.

Snapdeal is working with Bank of America Merrill Lynch as its adviser and talking to both local and global investors. The discussions between Snapdeal and various investors are happening at a valuation ranging from $800 million to $1.2 billion, said the two sources mentioned earlier, and the final number could change. The company is currently doing net revenue of about $140 million.

Snapdeal had last raised a large round of fresh capital in February 2016 from investors, including Ontario Teachers Pension Plan, which valued the company at about $6.5 billion. While the potential acquisition by Flipkart, which was being pushed by SoftBank, was expected at a valuation of $1 billion in 2017, after its failure Snapdeal co-founders Kunal Bahl and Rohit Bansal bought about 10% stake from existing investors at a valuation of below $100 million.

The new round is expected to benchmark a new valuation for Snapdeal besides testing if its founders can win investor trust for the business after seeing a significant value erosion, said the first source mentioned earlier. “Snapdeal is not going to compete with Amazon and Flipkart on marketshare and type of products being sold. They are selling the Bharat story to investors,” said the second source mentioned earlier.

While unbranded goods have better margins, it also means that average order value is lower which makes it harder to recoup logistics costs, said these sources, while maintaining revenue growth and fall in losses. In July, Snapdeal said it had managed to cut its losses by 70% to Rs 186 crore while increasing consolidated revenue by 73% to about Rs 925 crore at the end of March 2019. A SoftBank spokesperson declined to comment, terming it market speculation. “While we cannot comment on speculation…Snapdeal is experiencing high-quality growth with industry best economics and all our organisational efforts are devoted to furthering these business objectives,” said a Snapdeal spokesperson.

The development comes at a time of consolidation in the online retail market when ShopClues, once valued at $1.1 billion, was acquired by Singapore’s Qoo10 for less than $100 million a few weeks ago in a stock deal. ShopClues and Snapdeal were also considering a merger earlier this year, but the talks failed.