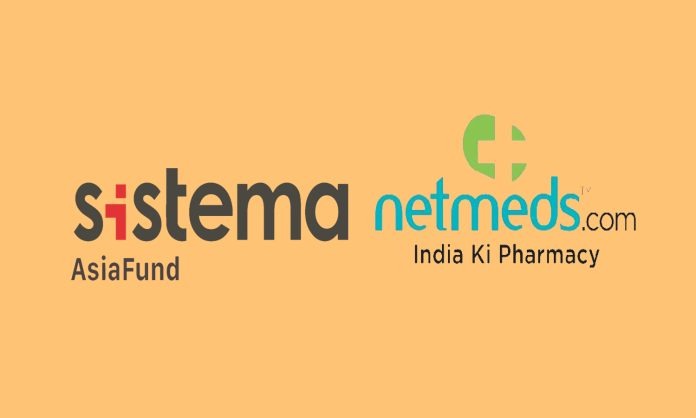 Sistema Asia Fund first invested in Netmeds in 2017 and this exit will gather attractive returns for the venture capital fund as the online pharmaceutical startup grew four times its size over the past three years.

Sistema Asia Fund announced that it has sold its stake in Netmeds, one of India’s leading online pharmaceutical marketplace. The deal is part of the transaction in which Reliance Retail Ventures Limited has acquired the e-pharmacy startup.

The deal also marks it’s second exit and monetization, after selling its stake in Qwikcilver in March 2019. Sistema Asia Fund is in the process of doing a final close of its first fund this year at $120 million.

Andrey Terebenin, Managing Partner, Sistema Asia Capital said, “Since investing in Netmeds in 2017, Sistema Asia Fund has strengthened the startup’s leadership position in the burgeoning online pharmacy market by supporting the enhancement of supply chain and distribution network, as well as exploring the viability of its international expansion. Also, Netmeds’ rapid growth over the last few years underlines our strategy of investing in companies with strong scaling potential and solid revenue streams, and the key to that is the constructive cooperation from Pradeep and the Netmeds team.”

Andrey added “Reliance’s backing of Netmeds is a strong endorsement of our investment philosophy, which is to optimize our investors’ money into promising projects in India’s fast-growing technology market. We are confident that Reliance’s entry will accelerate Netmeds’ growth and help the startup establish itself as the leader in the online pharmacy sector. We want to wish Netmeds continued successful growth and realize its fullest potential with Reliance.”

The company’s services saw an especially high demand during the COVID-19 pandemic, such as their delivery service which supplied medicine to patients in over 14,000 regions across India.

Millions of people expected to disconnect from their gadgets for 1...