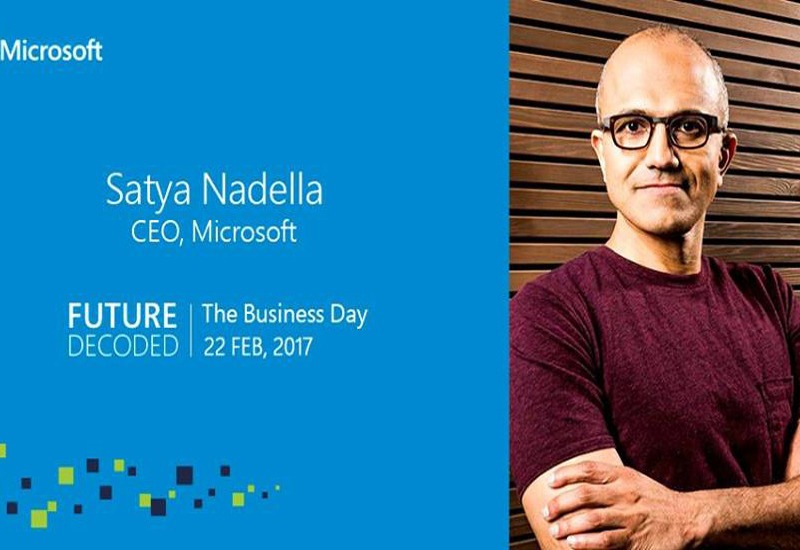 Trump on Friday banned citizens of seven Muslim-majority countries from entering the US, including Iraq, Syria, Iran, Libya, Somalia, Sudan and Yemen

Microsoft CEO Satya Nadella and Google’s chief Sundar Pichai are among a host of Silicon Vally experts who criticised US President Donald Trump’s ban on immigration from seven Muslim-majorty countries.

According to them, the move could directly affect their employees and that the US will fail to attract great talent.

Nadella said in post on LinkedIn that US immigration laws can and should protect the public without sacrificing people’s freedom of expression or religion.

“And we believe in the importance of protecting legitimate and law-abiding refugees whose very lives may be at stake I’m immigration proceedings. As an immigrant and as a CEO, I’ve both experienced and seen the positive impact that immigration has on our company, for the country, and for the world. We will continue to advocate on this important topic,” added Nadella. 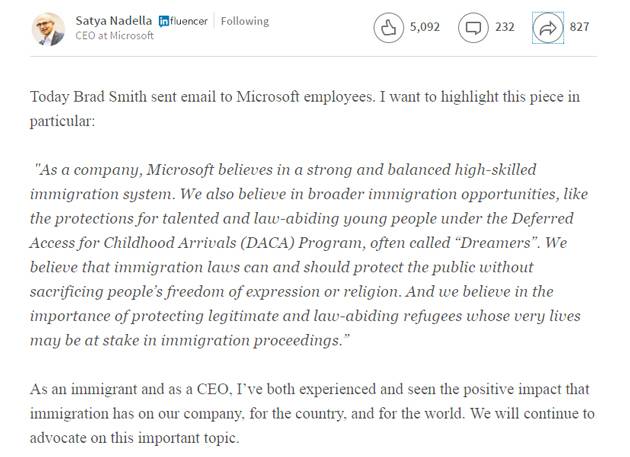 In Pichai’s opinion, the immigration ban will create barriers to bringing great talent to the US. In an email to the employees, Pichai said that the the move would affect close to 200 employees.

“It is painful to see the personal cost of this executive order on our colleagues. We’re upset about the impact of this order and any proposals that could impose restrictions on Googlers and their families, or that could create barriers to bringing great talent to the US,” Pichai said.

He also urged the US to keep doors open to refugees and those who need help. “That’s who we are. Had we turned away refugees a few decades ago, Priscilla’s (his wife) family wouldn’t be here today…My great grandparents came from Germany, Austria and Poland. Priscilla’s parents were refugees from China and Vietnam. The United States is a nation of immigrants, and we should be proud of that,” he added.

On Friday, Trump banned citizens of seven Muslim-majority countries (Iraq, Syria, Iran, Libya, Somalia, Sudan and Yemen) from entering the US for the next 90 days by executive order. As per a  senior White House official, this is likely a first step towards imposting a broader ban. Curiously, Trump exempted some Muslim-majority countries where he has business interests.