This 2022 Budget is a real booster budget, As it is focused on vulnerable sections to increase adoption of technology and digital payments in Bharat.
Firstly due to the announcement of 75 Digital Banking Units (DBUs) in 75 districts.. a unique initiative and digitization of 1.5 Lakh post offices to provide core banking to the nook and corner of Bharat. Secondly, there is mention of a focus to promote the use of payment platforms that are “economical and user friendly.”

It seems government has heard my prayers to bring some reforms for feature phone and voice based payments as there are 97.3 Crore mobile subscribers who still not on UPI, while top UPI apps like GooglePay, PhonePe, PayTM, AmazonPay, Govt’s own BHIM as well as app of other 55 Banks have only been able to enroll 20 Crore users on UPI and most of these users are from the Lower Middle-Income segment non-tech savvy, from villages and elderly who struggle to make cost-free zero MDR money transfers, while we zip through addictive UPI based apps.. that ease of UPI has led to big increase in UPI Payments, but UPI user-base has kind of hit the glass ceiling at 20 Crore / 200 Million.

This renewed focus in Budget to the marginal sections, will get channeled in the right direction and rapidly increase the users on UPI and thus bolster the growth of our economy in the coming year, Real Aacche Din for Bharat seems to have arrived at the door. 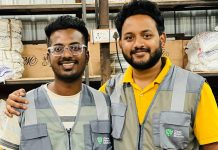 LEGALWIZ.IN to Double Headcount in Next 12 Months

Fintech Platform Fyp enters into a strategic collaboration with DreamFolks