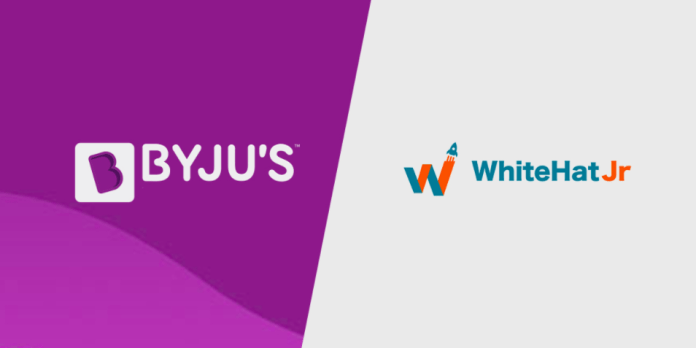 Byju’s will make significant investments in WhiteHat Jr’s technology platform, product innovation while expanding the teacher base to cater to demand from new markets according to an official statement.

Indian online learning giant Byju’s has acquired ed-tech startup WhiteHat Jr. for $300 million as it looks to expand its dominant reach in the country. The all-cash deal makes 18-month-old WhiteHat Jr., which offers online coding classes to school-going students in India and the U.S., the fastest exit story at this size in the Indian startup ecosystem.

Mumbai based WhiteHat Jr., which had raised about $11 million from Omidyar Network, Owl Ventures, and Nexus Venture Partners claims it has achieved an annual revenue run rate of $150 million. It will continue to operate as a separate entity for now, according to Byju’s spokesperson.

The founder of WhiteHat Jr., Karan Bajaj stated.“We started WhiteHat Jr. to make kids creators instead of consumers of technology. Technology is at the center of every human interaction today and we had set out to create a coding curriculum that was being delivered live and connected students and teachers like never before.”

Byju’s will make significant investments in WhiteHat Jr’s technology platform, product innovation while expanding the teacher base to cater to demand from new markets according to an official statement. Karan Bajaj will continue to lead and scale this business in India and the US.

“WhiteHat Jr is the leader in the live online coding space. Karan has proven his mettle as an exceptional founder and the credit goes to him and his team for creating coding programs that are loved by kids. Under his leadership the company has achieved phenomenal growth in India and the US in a short span of time,” said Byju Raveendran, founder, and chief executive of Byju’s.

Byju’s, which was backed by Mary Meeker’s Bond last month, is currently valued at $10.5 billion.

The purchase of WhiteHat Jr is also Byju’s largest acquisition, to date. It had previously acquired Osmo, a US-based learning platform, for which it paid $120 million, in January 2019. At the time, the deal was said to be part of the Bengaluru-based firm’s plan to aggressively expand internationally. Before that, Byju’s had acquired Math Adventures, TutorVista, and Vidyarthi.