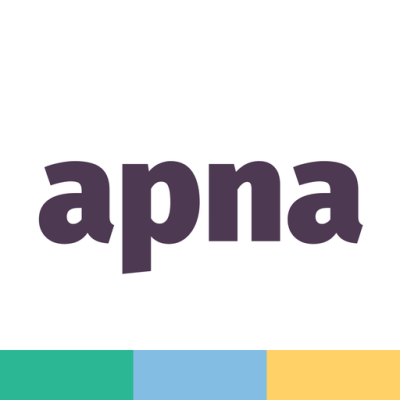 Apna.co plans to leverage its series A funding to test new markets while continuing to launch multiple cities every month in its core market India.

Launched in December 2019, Apna.co is already India’s leading vertical professional network of grey and blue-collar workers. The app comprises of vertical communities for skilled professionals like carpenters, painters, field sales agents, and many others.

The users get access to local job opportunities, network with peers, share their accomplishments, and gain new skills. In the short span of time since launch, Apna has already attracted more than 1.2 million users, engaging on its platform.

Nirmit Parikh, Founder, and CEO at Apna shared, “Apna’s mission is to connect people with opportunities. We want to uplift the workers who form the backbone of the economy and provide them a platform to grow in their career.”

Nirmit is a serial entrepreneur who previously founded Cruxbot (acquired by Kno, Inc in turn acquired by Intel). He has previously worked at Apple Inc. and holds an MBA from Stanford.

Apna is creating a unique platform beyond job opportunities, where its users engage with peers to upskill themselves and identify their growth potential.

Vaibhav Agrawal, Partner at Lightspeed India Partners Advisors commented, “The most powerful thing for me about Apna is its communities — I’ve seen people help each other start a business, learn a new language or find a gig! Communities rely on trust and make the model infinitely scalable. We are very excited by Apna’s evolution since our first investment in them at the pre-product, idea stage last year.”

In the last 30 days alone, Apna has facilitated more than 1 million job interviews, growing more than 3 times month-on-month. More than 3 million professional conversations have happened on the platform in this same period.

Harshjit Sethi, Principal at Sequoia Capital India LLP stated, “There are over 250 million blue and grey collar workers in India at present and providing meaningful employment opportunities to this segment is one of the biggest challenges in our country. With internet usage in this demographic growing rapidly, further catalyzed by the Jio effect, apps such as Apna can play a meaningful role in democratizing access to employment and skilling. Apna has built a unique product where users quickly come together in professional communities, an unmet need so far.”

Currently present in 5 cities, Apna plans to leverage its series A funding to test new markets, while continuing to launch multiple cities every month in its core market India. In addition, Apna is developing the product to serve the needs it’s hearing from its users: learning new skills, earning credentials, launching their own new businesses.

With a world-class team comprising talent from top companies such as Apple, LinkedIn, and Grab, Apna is building to create value for its users in India and beyond. Apna believes it is serving a burning need that’s relevant globally including in emerging and established markets like South East Asia and the US, where millions of workers have lost jobs in the wake of the COVID-19 pandemic.