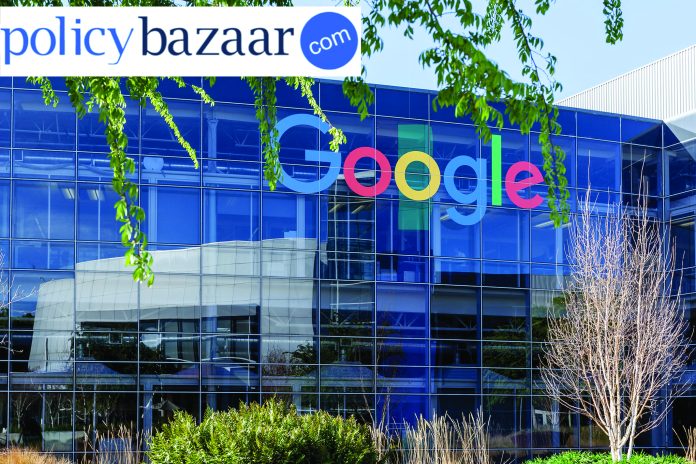 Sources say that Google is looking to acquire about 10% of Policybazaar and could invest about $150 million. Earlier, Alphabet and Google CEO Sundar Pichai announced a $10 billion fund to accelerate India’s digital economy.

After announcing investments in Jio, Google is now looking to buy a minority stake in SoftBank-backed online insurance platform Policybazaar. As per the media report, this investment is also a part of Google’s goal to invest $10 billion in India over the next five to seven years.

Sources say that Google is looking to acquire about 10% of Policybazaar and could invest about $150 million according to a recent Economic Times report. The sources also told that SoftBank, which holds a 15% stake in Policybazaar, may make a partial exit

“Google is looking at the deal as it wants to increase its presence in the Indian digital market. The valuation and the stake will depend on the last investment rounds” quoted the source. While SoftBank and Google didn’t respond and a person close to Google denied that any deal is in progress. Policybazaar also declined to comment.

Earlier, Alphabet and Google CEO Sundar Pichai announced a $10 billion fund to accelerate India’s digital economy. “Today, I’m excited to announce the Google for India Digitization Fund. Through this effort, we will invest Rs 75,000 crore, or approximately $10 billion, into India over the next 5-7 years. We’ll do this through a mix of equity investments, partnerships, and operational, infrastructure, and ecosystem investments. This is a reflection of our confidence in the future of India and its digital economy,” Pichai said.

Reliance Industries Chairman and MD Mukesh Ambani, during the 43rd Annual General Meeting (AGM) of the company, confirmed that Google will invest Rs 33,733 crore for a 7.7% stake in Jio Platforms. Google’s investment will translate into a 7.73% equity stake in Jio Platforms on a fully diluted basis.

This year in July Bloomberg News reported that Policybazaar is reportedly planning to raise funds through an initial public offer (IPO) next year. Policybazaar cofounder Yashish Dahiya said that the company is looking to secure about $250 million in funding before that and that it is also aiming to raise the funds at “a valuation north of $3.5 billion”, before a September 2021 IPO.

While other investors floundered, Indian Angel Network invested US$49M in 30...